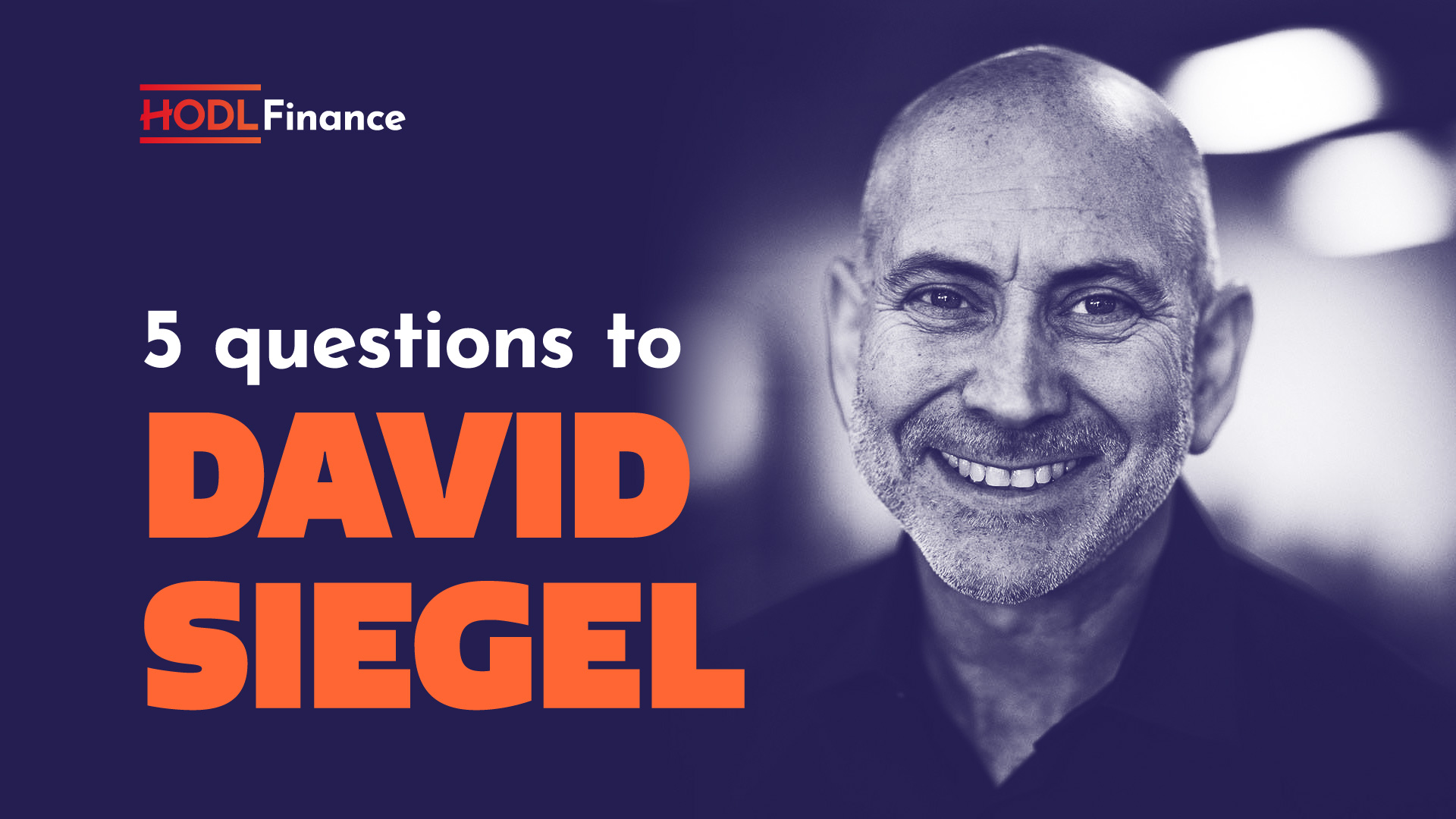 David Siegel has many titles. He’s an entrepreneur, a writer, an investor, a blockchain expert, a start-up coach and CEO of the Pillar project and 20|30.io.

HODL Finance is happy to start its “5 questions to…” series with a blockchain enthusiast and digital frontrunner such as David.

In your speech at the European Parliament, you mentioned that 70 billion euros are spent to seize about 1 billion in assets annually. You claim that AML is a barrier to entry, removing small nimble competitors. Why?

AML is a useless exercise in “rigorous nonsense” that does not serve the public. However, it is costly, which makes it difficult for new companies to enter the market. It puts a drag on startups, which have to spend cash on compliance rather than innovation and moving society forward. Spending money on useless tasks impedes progress.

You quote Nassim Taleb who once said: “Bureaucracy is a construction by which a person is conveniently separated from the consequences of his or her actions.” Do you agree that these words could be applied to most now failed ICOs and crypto businesses?

When will central banks be issuing digital currency and why it is important?

Central banks are looking at issuing digital currency but they are scared. It will start first in smaller countries then move to larger ones. But we need a scalable infrastructure we don’t have now.

You are behind a Trans-Atlantic group of businesses and entrepreneurs working on a new digital standard for tokenized digital corporate shares. What are you trying to achieve?

We are working toward a new digital stock certificate, one where if you own the token you own the stock and have the rights. That’s being done now in several different jurisdictions by a handful of startups, and these tokens are not compatible. The only way we will get liquidity is to have tokens that can move from one exchange to the other. That’s why we’re working on a single standard.

Do you still believe in the bright future of tokenomics when so many tokens have lost so much in value? For instance, every week we receive requests to accept their tokens as collateral to receive loans backed by their token.

I generally believe in tokenomics, but regulators are actively killing the sale of tokens for fundraising. Now we will need to start using tokens for other purposes.