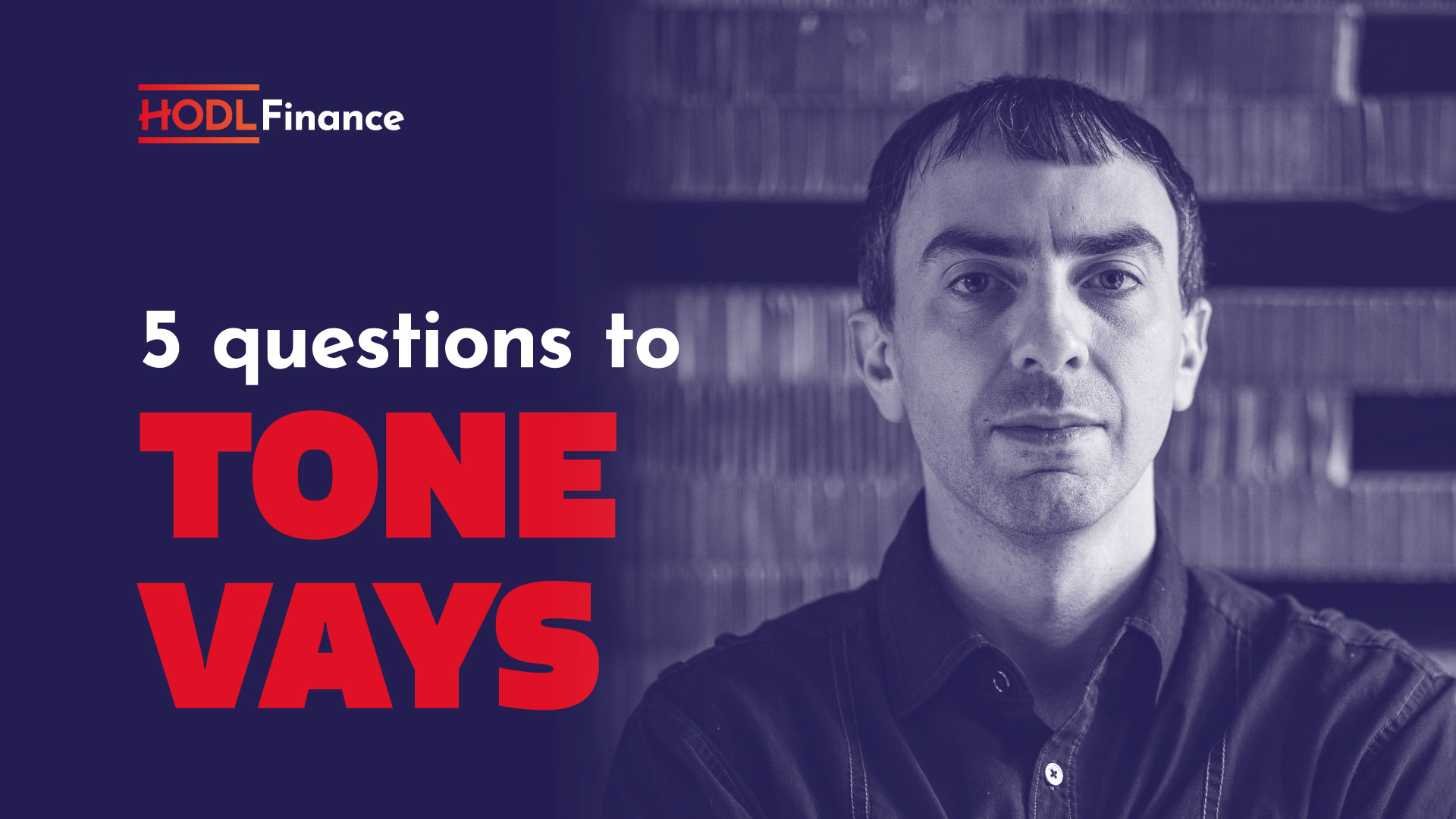 Tone has worked on Wall Street for almost 10 years starting as a Risk Analyst at Bear Stearns and later becoming a VP at JP Morgan Chase. Ever since getting involved in the cryptocurrency ecosystem in early 2013, Tone has been active in spreading the importance of this technology as it helps promote economic freedom.

Tone is now an independent content creator at ToneVays.com and on his YouTube Channel focused on sound economics & finance.

Our 5 questions to Tone Vays:

What are the key indicators driving your trading decisions? Where do you currently invest?

My use of the TD system is the best momentum indicator that I have found.  When I worked in finance this was used by professional traders every day and has been for decades. Other indicators like Elliott Waves, Clouds, etc were not being actively used on a daily basis which is why I decided to focus on TD.  I also sell my own proprietary version of this indicator with modifications.

As far as my own investing goes in retirement accounts, etc. Usually just the S&P 500.

Do you see major differences between crypto and traditional trading? Why?

Crypto markets are 24/7. This is the primary difference. The other main difference is you still have anonymous exchanges operating where a 13-year-old can sign-up and trade. This does not happen with traditional markets. Not saying ‘good or bad’, it is just a big difference.

‘75% of reported activity was double what is expected. Nearly 90% of the exchanges’ volume was suspect”, Bloomberg has recently reported. How to invest in the face of such market manipulations?

A lot of exchanges do have wash trading and that can inflate real volume.  I wouldn’t use the term “manipulation.” Everyone likes to scream “manipulation” all the time but if you actually look at the definition of manipulation this is not applicable.

You are the creator of CryptoSCam, a podcast about the latest scams in the cryptocurrency market. No secret that many people have been cheated in the bright daylight. Do they stand a chance of getting their money back? And if yes – how?

Probably not.  People will need to lose tons of money and then scream for the regulators to come in.  People getting scammed is probably healthy for Bitcoin and the ultimate demise of scam companies/projects which will ultimately need to go the way of the dinosaur so Bitcoin can succeed.

In his own ‘5 questions to Thomas Power’ claimed that “99% of coins will fail”. Do you agree with this notion?

Yes, I have been saying this for years.  The inevitable big wash out of useless projects, tokens, ICOs will happen.  Once reality sets in, Bitcoin should be unencumbered and can move higher as the clear winner.  It’s winner take all. How many search engines were there in the 90s and early 2000s? How many of those are still relevant today?