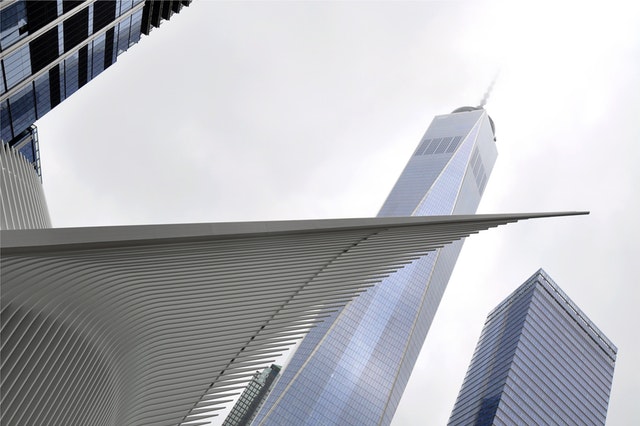 ETFs – the Next Big Thing for Bitcoin Investors?

You’ve probably heard a lot recently about bitcoin Exchange Traded Funds (ETFs) being the next big thing for bitcoin prices, but what do we know about this $4.45 trillion investment product? We decided to explore ETFs in more detail and analyze how ETFs might work for Bitcoin, and why it matters.

What is an ETF?

ETFs are simply a basket of securities or other assets that you can buy or sell through a brokerage firm.  ETFs are offered on virtually any asset class that has investors including stock markets, commodities like gold, currencies, and even water. ETFs are an easy way to expose yourself to the price fluctuations of an asset. For example, instead of buying every stock in the S&P 500, investors can simply buy an ETF which tracks the price. Similarly, instead of buying bitcoin and securing it in a wallet, investors could simply expose themselves to the price via an ETF. In the U.S. alone, there are over 4,500 ETFs valued at over $4.45 trillion together with BlackRock leading the way with over $700 billion in managed ETFs.

What is a Bitcoin ETF?

To date, there have been several bitcoin ETF proposals but each has been rejected. There are multiple ways that an ETF for bitcoin could be structured. Here are some of the propositions and ideas which have been put forward so far.

1)     An ETF that purchases and stores bitcoins in custody and tracks the price of the bitcoin it owns.

U.S. investors currently have access to bitcoin investment products, such as Grayscale Investments’ GBTC or the CME and CBOE’s bitcoin futures, but these are vastly different products to an ETF. GBTC has been known to trade at an enormous premium and futures products traded on the CME and CBOE are typically inaccessible to the average investor.

To date, the Security and Exchange Commission (SEC) has rejected over 10 ETF proposals citing concerns of price manipulation and trading liquidity. There are currently two proposals with the SEC – the VanEck/SolidX filed with CBOE BZX Exchange and Bitwise Asset Management with NYSE Arca. Since the proposals were published on the Federal Register, the SEC has 45 days to make an initial decision or extend the proposal to a maximum of 240 days.

After so many rejections for ETFs so far, it is uncertain whether these latest proposals will be approved. However, the creation of a Bitcoin ETF is finding support from SEC Commissioner Hester M. Peirce. Following the SEC’s rejection of the Winklevoss Bitcoin Trust’s ETF proposal, Peirce released a public statement:

“I am concerned that the Commission’s approach undermines investor protection by precluding greater institutionalization of the bitcoin market.”

Why a Bitcoin ETF matters?

The U.S. is responsible for $3.4 trillion of the $4.45 trillion global ETF market or 76% of the global market. There are a number of reasons why a bitcoin ETF is likely to have a big impact on the bitcoin ecosystem. What might the market implications be and why is it so important? Bitcoin ETF will mean:

2) Institutional involvement: An SEC-regulated investment product will give institutions access to Bitcoin. US-registered mutual funds have $18.75 trillion in invested assets and U.S. pension funds have up to $19 trillion. It would only take a small amount of investment from these funds to make a significant impact on bitcoin’s current market capitalization of $68 billion.

3) The blueprint for further regulated-products: The SEC stamp of approval on a bitcoin investment product is likely to gain more public trust and open doors for additional bitcoin regulated products such as bitcoin-backed loans.

Finally, the financial markets have been drawing parallels between Bitcoin and gold ETFs. Since the introduction of the first gold-backed ETF in 2003, not only has the interest in gold grown impressively but also the price of gold itself has skyrocketed.

“We can certainly track the growth of gold ETFs since their invention, and see how investor interest in gold has grown significantly,” said Will Rhind, managing director of U.S. operations for ETF Securities, the company behind the first gold ETF in history, for Market Watch. Some experts say Bitcoin ETFs will follow a similar path. In the meantime, we can wait and see.